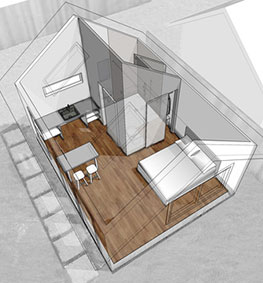 STEP1: PLANS& PERMITS
Start your project off right with a detailed plan for your project and a design from our industry experts.
Get a qoute >> 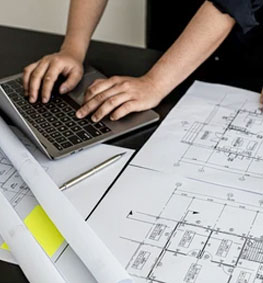 STEP2: SCHEDULE& MANAGEMENT
Set up a workable schedule and work out all the details of your project with a dedicated PM.
Get a qoute >> 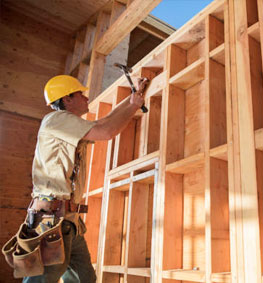 STEP3: DESIGN& CONSTRUCTION
Wether it's a house or a street, our crews can make it happen.
Get a qoute >> 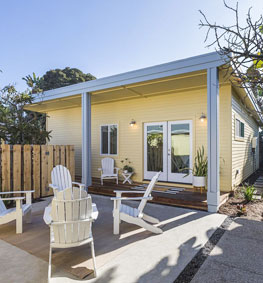 STEP4: COMPLETION& WARRANTY
We'll finish your project on time & on budget and go over how we can meet your long term satisfaction.
Get a qoute >>

Whatever size your existing primary housing is, it will always be not enough to place all your family members and their numerous personal possessions inside it. Sooner or later, some additional living or storage space will be urgently required, and consequently, you will think over a significant space optimization using an opportunity to build some additional construction within the territory of your residential lot or inside your existing main house.

Fortunately, according to the building legislation of California state, every family-owned home located on the property land can be added by a separate structure or an attached additional housing which are called ADUs (accessory dwelling units). Irrespective of their types, such additions are very useful and can be the best solutions allowing homeowners to improve their living conditions through the increase of living space.

The detailed information concerning how to build accessory dwelling units in Roseville, Placer County, their types, advantages, and search of ADUs building companies can be found in this useful review.

The accessory dwelling unit or ADU represents a secondary or additional dwelling structure erected on the same property land as the main (or primary) residence and is used as an additional living or storage space.

Such additional structures have gained popularity among property owners living in their single-family or multi-family homes in all the areas of Placer County, as well as all over the state of California, including, of course, Roseville, CA. It is true that having spent a moderate amount of money as compared to the purchase or construction of independent primary housing, you gain extra space for living, working, and storage.

The accessory dwelling unit can represent various types. The choice of the type of ADU depends on numerous factors.

Let us consider the main ADU types, which are widespread in most cities of California, including Roseville, CA, of course.

The detached accessory dwelling unit (or detached ADU) is one of the most popular and frequently built ADU types among Roseville dwellers because it represents a separate structure located close to the existing primary residential unit on the territory of the property land belonging to the property owner. It is usually located in the backyard of the residential parcel close to the main housing and has separate access. It goes without saying that the functions of this type of ADU are numerous, and if you prefer to have it built, you can significantly benefit from such a structure.

The attached accessory dwelling unit (or attached ADU) is another widespread type of secondary structure. Attached ADUs represent various additional attachments to the existing dwelling units located on the property land. For instance, such ADU type includes garage conversions (the most popular transformation of the already existing structures into the ADU) or can be the result of the transformation of the basement or an attic inside your primary. The variants are numerous depending on the structure or the size of your existing primary residence which is the subject of the home addition. Sometimes a converted garage is considered to represent a separate type of ADU (converted ADU), and yet in any case it is practically an attached ADU.

It is a kind of the attached ADU representing itself as an additional secondary structure of comparatively moderate size. The area of JADU is limited to 500 square meters. Such an addition as a rule can be created only inside the existing primary residence. JADU in California can not represent a separate construction, it can be only an attached structure with separate access to it.

ADUs are often called in-law units as well. This name is derived as a result of the reduction of the word "mother-in-law unit" or "mother-in-law apartment" which means conversion of the existing space into some separate living area or even a small apartment inside the main housing or attached to it. Sometimes ADUs are also called granny flats.

When we have found out the main types of in-law units or ADUs it is the right time to get to know the benefits that we all can obtain as a result of their construction.

It is not surprising that ADU construction has become very popular within the last decades. Building accessory dwelling units has numerous obvious advantages for the property owners no matter where they live.

All the types of ADUs can be used in the following ways:

Undoubtedly, additional dwelling units allow homeowners to solve numerous problems with the lack of their living space and gain opportunities for additional income.

How Can ADU Builder Roseville, California, Help You?

If you have already decided to acquire a new living space as a result of any type of ADU building, you should know the stages which every ADU project usually consists of.

They are as follows:

As far as you can see, the process of acquiring an additional useful living space represents a complex process and requires numerous preparations. Moreover, like any new building structure, it must comply with the regulations established in the state where your existing primary residence is located.

Any ADU construction must be approved by the local building department. For you to get building permits for your ADU construction in Roseville, you have to observe special regulations established in the state of California.

They are as follows:

All these regulations must be strictly observed. Otherwise, you are at risk of failure to obtain building permits for your ADU construction.

How to Hire an ADU Service Provider Near Me in Roseville?

It is a well-known fact, that when planning your home project in Roseville or in any other place in West Sacramento one of the most important steps is hiring a reliable contractor who can help in its implementation. The end result of your ADU project directly depends on your choice of an ADU service provider. What to pay attention to when searching for such a company?

The good ADU building contractor must have the following professional qualities:

Having taken into consideration the above-mentioned information you will easily select the best variant that will fit you the most.

Advanced Remodeling is a famous general contractor operating in Roseville and in other areas of California. We deal with numerous types of building and remodeling projects. We have already completed a lot of projects, including the construction of detached ADUs, attached ADUs, and Junior ADUs.

Once you entrust us with your ADU building and sign the contract with us you can be convinced that you will get your additional comfortable and affordable housing on time and without any delays.

We are ready to offer you the following:

Our services are available in almost every area of Sacramento, California. Please, consult the full list of our operating areas on our site.

Obviously, the construction of an additional structure on the territory of the same lot as your existing primary residence is located allows you to improve your living conditions through your living space increase. Depending on your housing affordability and your needs, you can choose a definite type of ADU.

You can use this secondary dwelling structure as an additional living area for any family member, as a guest house, as a working space, and as a source of rental income for long-term and short-term rentals. Planning your ADU building in Roseville you should keep in mind that this city government approves such projects taking into consideration the regulations established by California.

No matter what type of ADU suits you most, Advanced Remodeling is always ready to render its professional assistance and offer the best ADU turnkey solutions for you to bring your ideas concerning ADUs to life. Contact us to get detailed information concerning your potential accessory dwelling unit.

How many ADUs can I have in California?

Being an owner of your primary residence located on your property land you can have two additional secondary units (ADUs) according to the building legislation of the state of California. The types of such ADUs allowed for the construction are a detached ADU and a JADU.

What are the benefits of constructing ADUs?

ADU construction gives homeowners a great opportunity to significantly improve their living conditions. Irrespective of the ADU type (whether it is created due to the garage conversions or a basement transformation) you can gain various advantages as a result of its construction. ADU can serve as an additional living area for your family or guests, a source of extra income if you rent it, and as your working area in case your work is remote.

What is the cost of ADU in California?

The price for ADU construction depends on numerous things. Firstly, the type of ADU (attached, detached, converted, junior). Secondly, the size of ADU. Thirdly, the materials used for the ADU building and design. That is why a question like this does not have an exact answer. And yet, the price range for ADU construction in the state of California is equal from 50 thousand US dollars (in the case of a small ADU with moderate and simple design) up to 300 thousand dollars (in some cases even more in the case of the ADU's significant size and special design).

We hired this company for a kitchen remodeling project. They were quick to comply, easy to communicate and very professional. They work in unison and were able to complete the project within schedule which is something that I am really impressed about them. I like the new look of the kitchen and it's all thanks to this company.

Very professional and responsive, it was one of the great experience I had when it comes to my construction needs. My friends affirmed my newly painted kitchen and its all because of Advance Cons. Their team shows neatness and order as they do the job. They completed the project and some extra work in a week. Kudos!

Complete restoration with my garage was not an easy job. But to Advanced Construction Pro, it was no sweat. I highly commend the team sent by them, being so professional and skillful with the job are so evident in them. So amazed by the outcome. I would undoubtedly recommend them for being so reliable!

Amazing job! The guys were able to explained everything that we needed to know about reconstructing our kitchen and the price was very reasonable as well compared to other company. I scheduled Advance Construction Pro to help us with remodeling our kitchen and I was really happy they were able to respond to our request. Very dependable, hard working, well-experienced crew and they made sure to provide the best customer service as much as possible. Wonderful work and won't hesitate recommending them to anyone!

I worked with this company three weeks ago in remodeling our bathroom and everything went well, from start to finish. Price estimate was accurate and reasonable as well. I am very thankful for having this company. In fact, the result of their work was unbelievable and couldn't be more happier. I would absolutely recommend them!

Thank you for helping me upgrade my outdated roof. It was wonderful. Quote given was great and was very professional in every regard. Would definitely refer this company to anybody who needs a home improvement. Highly recommended. Working with you was truly rewarding.

Appointment
Get extra 12% off